How to Solve a Sudoku

Step 2 - The default sudoku is blank. Type a number to the blank squares, or drag a digit from the top of the sudoku and place it to a blank square. You may also drag the eraser (to the left of all digits) to erase a filled square.
after your digit is placed, a hint will be given. For example, "Number in R1C3 is NOT between 1 and 9." meaning that the digit you filled in the square at the first row and the third column is not a number. Or "Error: Row 1 contains more than one 2. " meaning that the digit just filled making the first row containing more than one number 2s and you need to correct that. 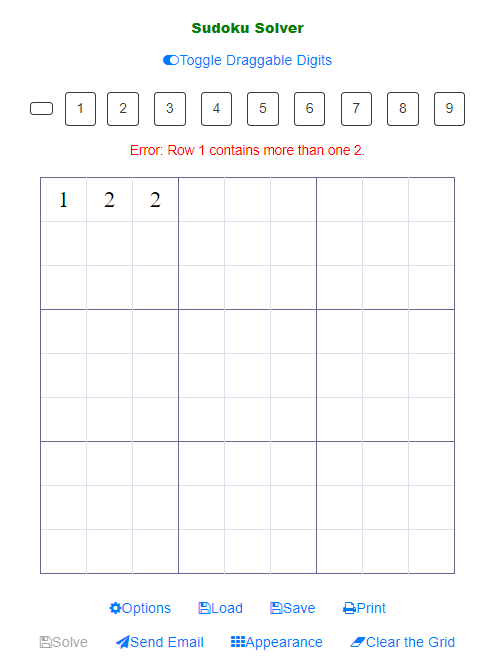 Option Step - If you want to Load an Indexed or Calendar Sudoku, click "Options". You will be able to choose a calendar sudoku (based on date), or an indexed sudoku. The picture below shows that you can choose a different calendar or indexed sudoku. Once you choose the sudoku you want, click "Save Changes", and then Click "Close". The chosen Sudoku will be loaded for you to play. 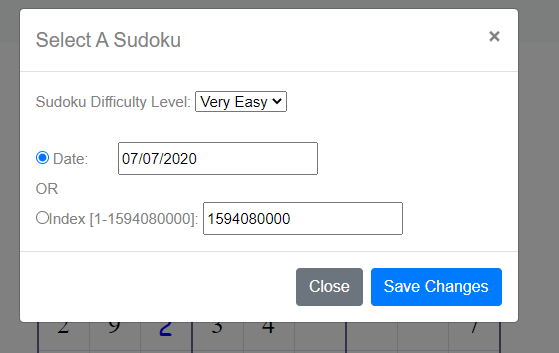 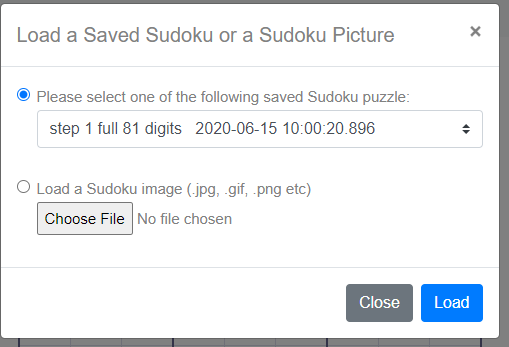 Option Step - If you want to change the appearance of the sudoku you want to solve, including the Grid border color and weight, or the square border color, or the font (or color) of pre-filled sudoku numbers, click "Appearance". You will be able to Personalize your sudoku appearance. After changing the parameters, click "Save Changes" and "Close". The new Sudoku Grid appearance setting will be in effect.
The three pictures below shows the dialogue to change your sudoku appearance, the default Sudoku Grid and a customized sudoku with a different sudoku border color and weight, and a different font color for pre-filled numbers. 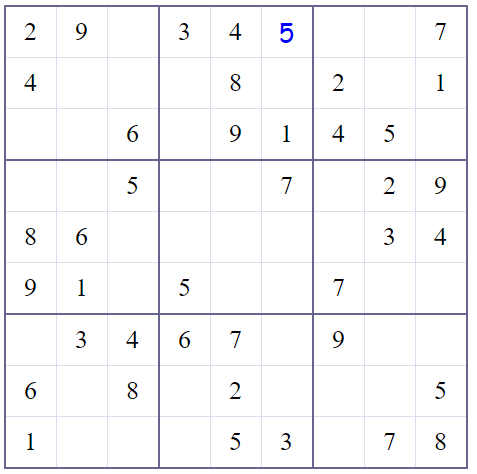 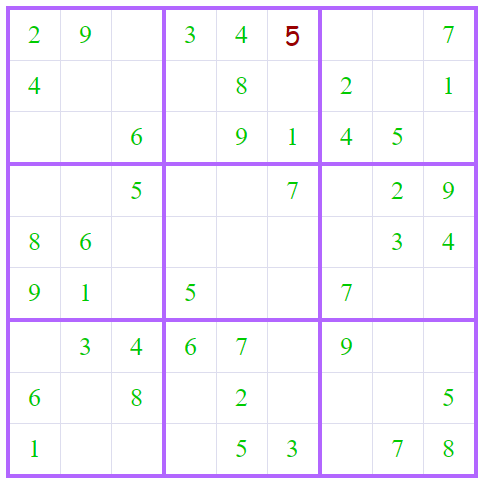 Option Step - If you want to know a solution to this sudoku, Click "Solve" and the solution will show up for you.
The picture below shows a solved sudoku with answers in blue. 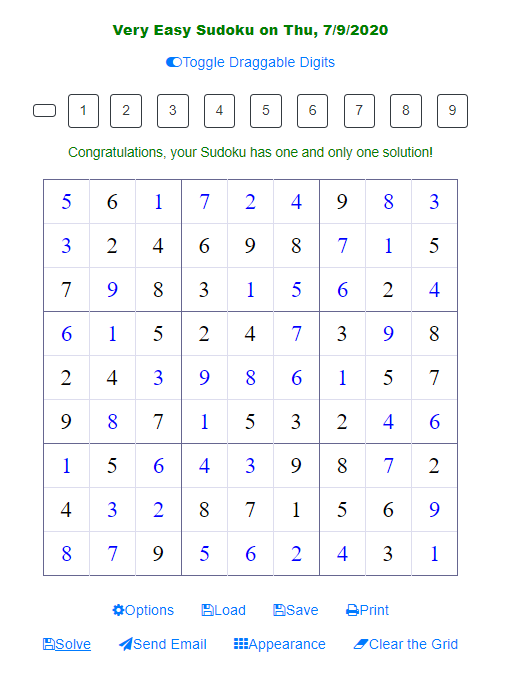 Option Step - If you want to know how this sudoku can be solved in a step by step style, or just this Sudoku being sent to you, click "Send Email", the "Send Email Dialogue" will ask you which of these you want to know, after you select at least one of the options, emails will sent to you.
The picture below shows the Send Email Dialogue. Note that only if your Sudoku only has one and only one solution, the "Send Sudoku Solving Steps" option will be available. 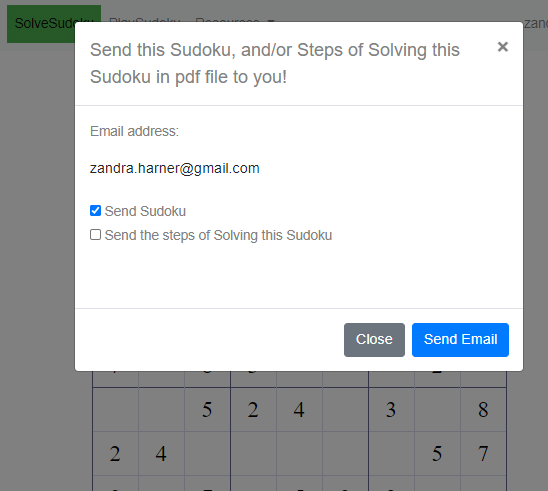